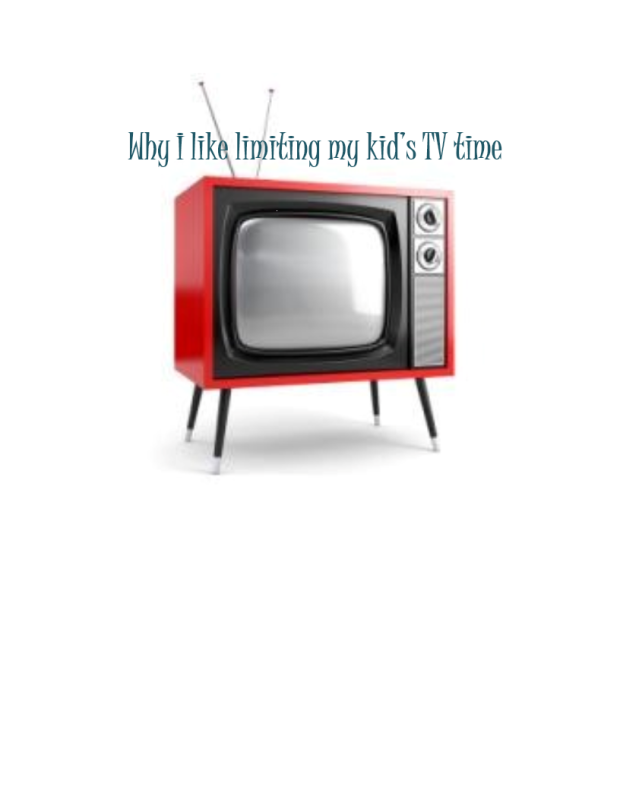 When school ended for the summer, I was determined Ruby would have a television-free summer. I had this plan way back in winter, dreaming of the summer when I would be there to totally enforce this dream. We would frolic outside in the yard, create artsy crafts, and not watch tv. At all.

Suffice it to say this has failed. There are yellowjackets in the yard to prevent all-day frolicing, though we do get in a good share. We’re doing the artsy stuff, but tv is still happening. Apparently I’m that imperfect. Yes, for a time each day is this awful “Jake the Neverland Pirates” show (I’m a Princess Sofia person) that Ruby just loves. I’ve failed on my goal and can only take comfort in the fact that the APA says there is nothing wrong with an hour or two of tv a day.

Funnily enough, that hour or two, and I’ll just stick with the hour for now, seems so long! That’s quite a few episodes of horrible pirate children and their inane adventures. I’ll hear the theme song over and over and realize only an hour has gone by.

Fortunately at that point I feel no mom-guilt in turning off the projector (because we watch tv via a computer hooked up to a projector).

Ruby sometimes bawls, throws tantrums, you name it, but she has had her hour or two, day dependent, of television and that’s that.

In some ways I’m happy with television. What no one talks about is that much of tv is so truly awesome these days. Even the kid shows. They provide fodder for Ruby’s imagination, creating personal and friend games of adventures and sword fighting and princess-related stuff that I do indeed love to see.

But of course the balance needs to require that tv limit.

Here’s why I love the limit:

Folks, the limiting is great. As I write this, Ruby is attempting to build a tower out of books. How cool is that?

If no-tv isn’t feasible, limit it. You’ll be happier and you’ll be seeing it. Fast.